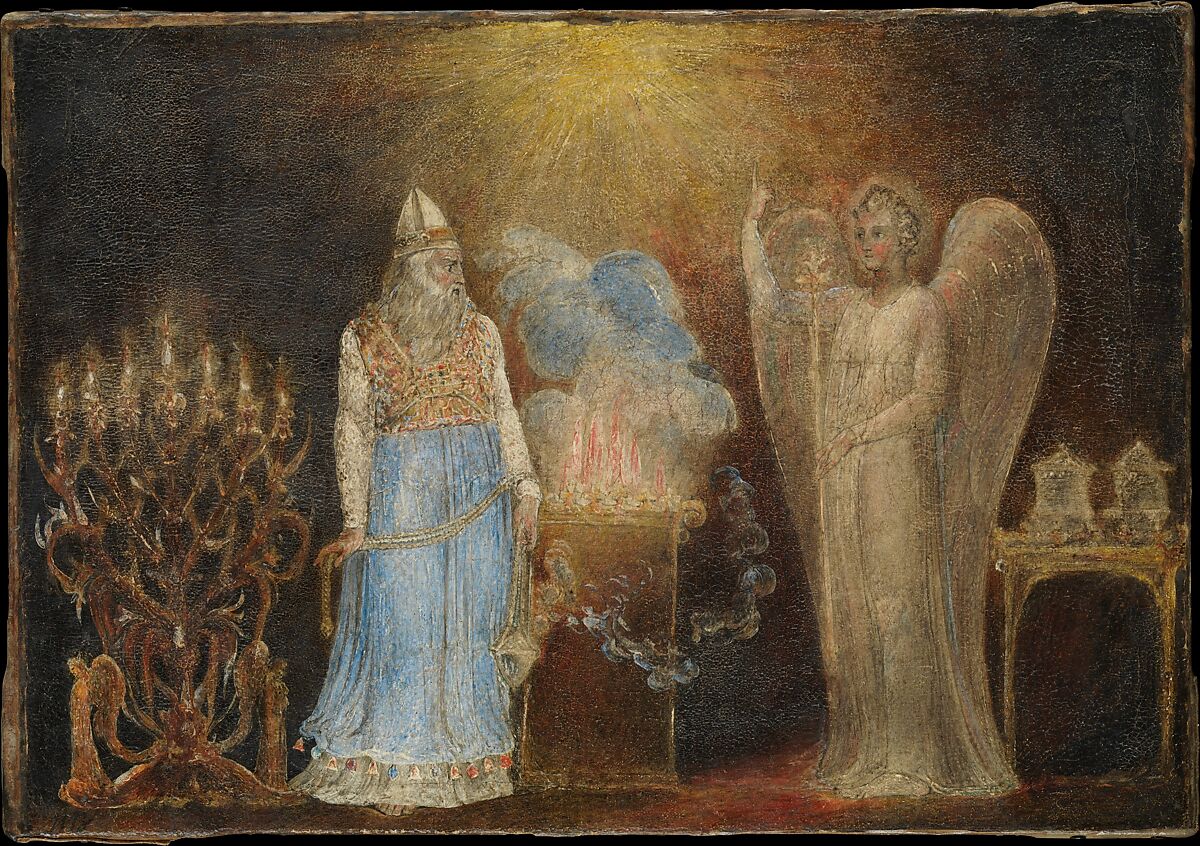 Now the narrative begins. And it begins in an astounding way: the appearance of an angel to a priest. This was not uncommon in the Old Testament, but it hadn’t occurred in centuries. To its audience, this links the Gospel to the Old Testament, but also announces that something amazing is at hand: God, who seemed so distant for so long, is once again working in our world.

I find that most translations fail to capture the magnificence of this event. Here’s my translation:

Let us begin the narrative with a priest in the time of Herod, King of Judea. This priest’s name was Zacharia, and he was of the priestly division of Abia. His wife’s name was Elizabeth, and she was a descendent of Aaron. They were also both righteous in the eyes of God, living according to every commandment and ordinance of the Lord, and above reproach. But they were childless because Elizabeth was unable to conceive, and they were both advanced in age.

But now something happened as he fulfilled the priestly duties in the holiest part of the temple.  According to the tradition of his order he had been given his turn by lot, and he entered into the sanctuary to burn incense. All the people were praying outside at the time set for the lighting of the incense. But then he perceived that an angel, a messenger from God, had come to stand by him on the right side of the sacred altar. And upon seeing this, Zacharias became agitated, and terror overwhelmed him.

But the angel said to him, “Do not be afraid, for your prayer has been heard. Your wife Elizabeth shall give birth to a son, and you shall name him John. And gladness and great joy will come to you, and because of his birth many will rejoice. For he will be great in the eyes of the Lord, and wine and strong drink he will neither drink nor desire. And he will be filled with the Holy Spirit even from his mother’s womb. And he will bring a great many of the children of Israel back toward the Lord their God. And he will go before Him with the spirit and power of Elijah to turn the hearts of the elders to those they are responsible for, and to transform the rebellious to righteousness, to prepare for the Lord a people made ready.”

Already, this Gospel is pointing toward structural change, a theme Luke emphasizes often. John will “turn the hearts of the elders” to the people, rather than to their own wealth and power. Luke echoes the calling of the prophets, to call the people back to God and “transform the rebellious to righteousness,” and to prepare the way of the Lord.

For a people who have been subjects of one empire or another for most of half a millennium, whose brief period of freedom ended just a few decades before with the arrival of the Romans, and who equated God’ Kingdom with the Kingdom of Israel, it seemed that God had been terribly silent for a very long time. But here, beginning with one righteous priest, God initiates a new relationship. We don’t see yet the fullness of that relationship, but even in this beginning, Luke points both backward to the prophets and forward to a new beginning.

Of course, this righteous priest doesn’t respond heroically, but that’s in the next passage.