Reflection on the Election 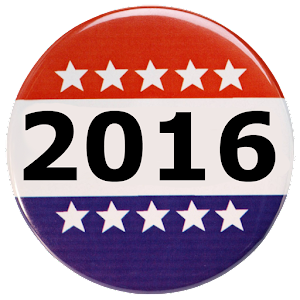 At bedtime, Hillary was expected to win the election. The website 538, which uses statistical analysis models, gave her a 75% chance to win. I don’t support Hillary. I think she’s a warmonger and a corporatist with little respect for the rule of law as it applies to herself. But Trump’s rhetoric of hatred scares me. That doesn’t mean I voted for either one. I (and my wife also) struggled to the last minute about whether to cast a vote for Stein on principle, even though we don’t really think she’s the right choice either, or to simply not vote. We both chose the latter.

For months, I’ve expected a Clinton presidency and a new war within 18 months of her taking office. I went to bed believing that would be the case.

I woke about 1:00 am with a feeling of unease and anxiety, like something unbelievable had happened. My stomach bothered me all night. I chalked it up to something I ate, though I didn’t eat anything unusual.

This morning I woke up in a different world. Trump won the election.

Apparently many of those who told pollsters they were going to vote for a third party, didn’t. Back in 2008, Obama got 6% more of the vote in Utah than polls predicted. A significant number of people were going to vote for him, but wouldn’t admit it to a pollster. That seems to have happened again with Trump, because the election results contradicted both polls and statistical predictions. Even Utah, which was predicted to go with McMullin (giving a third party candidate an electoral college vote for the first time in modern history), voted for Trump instead.

It would be easy to panic. I was somewhat comforted by reports of Trump’s conciliatory language in his acceptance speech. So maybe it won’t be that bad.

Or maybe it will.

Already, I see my left-leaning friends calling for mobilization in terms that sound pretty hateful. They expect (perhaps rightly, perhaps not) an agenda of hate from the winners. But hating hate isn’t a solution for hate.

Instead, I find myself thinking about the Shema (Deuteronomy 6:4-5). I have one Lord, and it isn’t the government, and it isn’t the nation. I will serve Jesus however he sees fit. I will stand up for my neighbor, and I will stand against injustice. If God requires it, I will be a member of the persecuted church. I already have a CIA file because of my work in Sri Lanka, and probably for my consensus-challenging blog posts since, so I’m on the radar. But the foundation of my faith is Kingdom values, and I can’t turn my back on that no matter the risk.

And yet I have failed to embody those values in a sufficiently radical way. Reflecting on Revelation, I wrote this in my first novel, Ordinary World, five years ago:

Babylon.  The most luxurious nation on earth.  Every one of us benefits from the free market juggernaut, the control of oil fields by friendly dictators, and the expansion of American franchises into nearly every corner of the globe, sending a steady stream of money to our economy here at home.

Do I want to live in a less privileged nation?  I do not.  No matter my protests, no matter my awareness, I am of Babylon and I shall suffer its eventual fate.

As much as I want to protest, the Lord said, “Come out of her, my people,” and I didn’t. I am guilty. I stand convicted by my inaction. I deserve the judgment pronounced by the prophets as much as anyone else. Perhaps I deserve it more, because I’ve seen the reality. I’ve seen Sri Lankan garment workers living 30 to a flat, sleeping in shifts because there isn’t room for them all to lie down at the same time, yet I still buy clothing made in Sri Lanka. I’ve seen the desperation of Mexicans who get paid just a little less than a living wage by American companies in the maquilladora plants south of the border, and I’ve done nothing to identify who those companies are and avoid their products. I’ve seen what industrial farming does to animals, to the land, to the water, and to small farmers trying to compete, but I still eat industrial food sold at the grocery store. I know the difference between good cheese and industrial cheese, yet I still buy store brand cheese because it’s cheaper.

I stand convicted before my Lord.

I want to point my finger at the Democratic Party and scream, “You knew there was a danger of this and you ran one of the most controversial candidates available when you had a popular candidate available who polled a dozen points better and had a better record of bipartisanship?”

But that would be me playing God. I’ve already made that criticism, and it didn’t convince anyone.

I can’t read the prophets without thinking that as a nation we are due to sow what we have reaped. And I can’t read the Gospel and retain any thought that I should be exempt. I’m not an insider, but I still participate in the capitalist juggernaut.

I pray with all my heart for mercy on my people. I pray that they (we) will turn from our ways and ask forgiveness. But that doesn’t seem likely.

So I fall back on Jesus’ promise of forgiveness. I have fallen short. Lord, be merciful to my family and me. I don’t want to be a lone voice crying in the wilderness of what could look like Germany in 1933. I know what happened to those voices. I’m not suicidal.

But I will do it if called. Not without fear, and not without reluctance. But if I don’t follow God’s call, wherever it leads, who and what am I?