The Mystery of Addiction 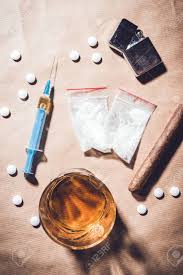 It’s no secret that addiction is a problem in our society. It’s also no secret that, despite some advances in science, it’s not easy to treat. This is because the nature of addiction remains elusive. We can see this in the argument between those who insist it’s a disease, and those who insist it’s a choice. Some psychologists now argue that it’s both.

I don’t disagree. There are biological factors. And addicts make bad choices. I contend that, while addiction displays characteristics of both disease and choice, neither category is sufficient to explain the phenomenon.

Let me be clear that I’m referring here not to the occasional, risky user, nor to the person who becomes physically dependent on a substance but is able to abstain once separated from it. Addiction refers to those seemingly bizarre cases, now numbering in the millions, in which people return to the substance over and over, even after physical dependence has ceased.

Here’s the issue: if a person is miserable enough to want to quit, and if they have been separated from the biological need to use the substance, it makes absolutely no sense for them to return to the drug that made them miserable– unless there’s something else going on.

Enter Kent Dunnington. In his book, Addiction and Virtue: Beyond the Models of Disease and Choice

, he argues that addiction is a habit in the classic sense expressed by Aristotle and Augustine. The behaviors of an addict are preconscious decisions habituated (programmed) by past reward/punishment experiences. I find flaws in Dunnington’s case for addiction as only a habit. But this introduces a third category to consider, and offers another dimension of options for understanding and treatment of addiction. The Twelve Steps, for example, can be described as a method of rehabituation.

Yet Dunnington goes further. We are habituated to our behaviors based on our view of the purpose of life. If, for example, we believe that the goal is to be wealthy, we’ll work hard and accumulate money. If it’s to seek thrills, all our efforts will point toward that goal. If it’s to follow Jesus, we’ll put our efforts into the behaviors that the Gospel describes (none of which include accumulating wealth). Indeed, James K. A. Smith argues

that we can tell what we love much more reliably by what we do than by what we say we love.

Dunnington describes how addiction fills a need for transcendental experience, moral certainty, and purpose for life that are lacking in our secular society. In other words, it plays the role of a religion. Dunnington, a Christian, describes addiction as false worship. Yet he recognizes the diligence with which addicts undertake this worship, arguing that the Church could learn something about commitment from the “prophetic challenge” addicts present. Anyone who knows an addicted person can attest that we will sacrifice anything for our god, even our lives. The god may be false, but it’s the one to which we have willingly or unwillingly devoted ourselves.

If addiction is a religion adopted in response to the unsatisfying “spirituality” of secular materialism, this has implications for addiction treatment. To put it simply, the goal of treatment is not to get people off drugs– it is to replace one religion and way of life with another. This is where the disease model fails: medicine is not equipped to address the spiritual and moral nature of addiction.

Obviously, if addiction can play the role of a religion, a replacement is not limited to the Big Five: Christianity, Judaism, Islam, Buddhism, and Hinduism. For example, in the same ways that addiction serves as a religion, the Twelve Step programs do also. But, with thousands of years of practice and tradition, the established religions do have much to recommend them. I’ve found the healing power of Christ to be unique among them, but I do recognize that adherence is a choice.

From an objective perspective, my point is that it’s not enough to get a person off drugs and tell him or her to go get a job. The question that has to be answered in order for an addict to stay clean is this: “What’s the point?” Only when we can provide an answer for that question do we begin to offer hope to those mired in substance addiction.