Why I’m Going to Write About the Bible 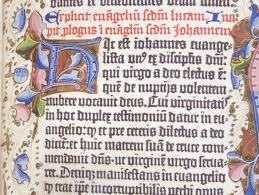 I’m an author, accountant, and until recently, a cheesemaker.  So why am I so passionate about the Bible?

In 1995, I arrived in Chiang Mai, Thailand, having recently spent 18 months in Sri Lanka and two more in India.  I had been studying Buddhism for several years, and had mostly given up on Christianity as nonsensical to me.  Many self-described Christians had tried to convert me.  One of those would-be evangelists also tried to sleep with me.  Another warned me that attending AA meetings would send me to Hell.  But my biggest problem with Christianity was, it didn’t seem to make any sense.  At the time, I understood the Old Testament to describe a vengeful and arbitrary God, while the New Testament described a man got killed for doing good deeds so that his followers could go to heaven simply by claiming His name.

Enter Father Niphot Thienvihan, a Thai priest who was humble in character and generous in spirit.  Much of his ministry consisted of teaching young people about AIDS, which in 1995 was nearing its apogee in Thailand.  Children there got eight years of schooling, and then went from their villages to the cities to earn enough money to start families and take care of their aging parents.  Except there weren’t enough jobs, so many of them ended up working in the sex trade.  Having only an eighth-grade education, they had no idea how AIDS was contracted.  They caught it, and brought it back to the villages with them.  In 1995, an entire generation of young people was dying.

Fr. Niphot sought to change that – even the the vast majority of these village children were Buddhists, which 98% of Thais are.

Fr. Niphot also ran the novitiate program for priests and nuns.  He insisted that every novitiate spend time in the villages.  “This is not to convert the villagers, but to be converted by them,” he told me.  Fr. Niphot had a great respect for the innate knowledge of God found in those whose life relies on the cycle and connection with the land – regardless of their religion.

I could mention how Fr. Niphot liked frog curry – literally, a whole frog floating in a bowl of curry sauce.  I could mention how he comforted a female novitiate from the city when we dropped her to stay at a farmhouse in a village (which, as Thai farmhouses go, was fairly upscale), and the young woman began screaming (in Thai), “I can’t stay here!  I can’t stay here!”

But the point is, in my weeks of working and traveling with Fr. Niphot, I came to understand the life of Jesus in a way that was meaningful to my own life experience.  I finally felt that, in Fr. Niphot’s work, I had caught a glimpse of the God I had sought.

The following year, I began my studies at Loyola Marymount University, a Catholic school.  My major: Theology.  I was not yet converted, but I wanted to follow the path that began at Fr. Niphot’s door.

In the process, I began to read the Bible in a new way.  It began to make sense to me.  I began to love it and immerse myself in it.

These days, I see the Bible as a a guide for living that, though I may never live up to, I must strive to emulate.  It’s not just a bunch of mumbo-jumbo, as I once thought.  It is the heartfelt experience of three millennia of writers about their own experience of God.

If you object to the Bible itself, maybe my writing will give you new insight into it.  Or, just skip those posts.  If you object to my interpretation, please pray for me.  If God wants me to believe something else, that will become clear.