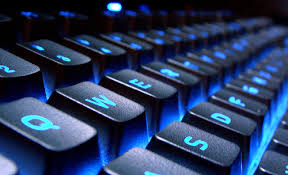 I’m told it happens to every writer.  You’re sitting at the keyboard, typing away, and the flow just stops.  There are no more words.

I was writing a story called Steve’s Grace.  Steve is an accountant with a wife and two kids.  He’s not a bad guy, but he’s not a good guy either.  He loves his family, but he also cheats on his wife.  Then a four-day “conference” in Las Vegas turns into a five-day debauch, most of which he doesn’t remember.  What he does remember shakes his confidence and threatens his self-identity.  For one thing, there’s no way to hide it from his wife.  Even as he realizes that getting caught is his greatest concern, he realizes how selfish that is.  For the first time in his adult life, he begins to seek a moral compass other than his own.  He hides a Bible under the seat of his car and reads it when he’s alone.  But the message he reads there is that he has strayed far from God’s intended path.

What follows is a slow slide into psychosis that lands him in a hospital with no memory of the past few weeks.  he recovers slowly at first, until treatment causes him to remember everything– including the shocking events that took place in Vegas, which his mind blocked in order to protect him.

That’s where it stopped, about two-thirds of the way through the story.  I know what needs to happen next.  I just can’t get it there.

This has happened before.  That’s why I have a half dozen partially-completed novels in my computer.

This one is particularly frustrating.  I worked on it for weeks.  I think the writing is good.  I think the story and the message are good.  I just can’t seem to finish it right now.

What does one do when they run out of words?  For now, I’ll put the story aside and work on something else.